On the road to decarbonization

Transportation accounts for 24% of direct global CO2 emissions from fuel combustion, and road vehicles – cars, trucks, buses and two- and three-wheelers – account for nearly three-quarters of transport CO2 emissions (the remaining quarter is from aviation and shipping).4 Absolute CO2 emissions produced by the transport sector will have to fall dramatically if the world is to meet the goals of the Paris Agreement.

A growing number of countries are enacting laws aimed at reducing transport CO2 emissions. For example:

Hydrogen offers a powerful, carbon-free alternative to conventional fuels as the only thing vehicles equipped with hydrogen-powered fuel cells emit is water vapor.

The advantages of using hydrogen as a clean source of fuel become increasingly evident, in particular for heavy-duty transport, such as commercial vehicles and public transit networks. Fleets are – by virtue of their usage patterns – ideal for hydrogen. Buses, trains and, in some cases, trucks are continually in use, but they always return to base. As a result, refueling frequency at each station is relatively high, thus accelerating return on infrastructure investment. Electric buses that run on hydrogen are also resonating strongly among drivers and passengers. They offer a much smoother, more relaxing ride as they reduce both vibrations and engine noise. More importantly, using hydrogen to power public transit reduces harmful, ozone-depleting emissions while improving air quality in urban areas. Aberdeen was one of the first cities to convert their bus fleet, one of the largest in Europe, to hydrogen. Read the case study here. 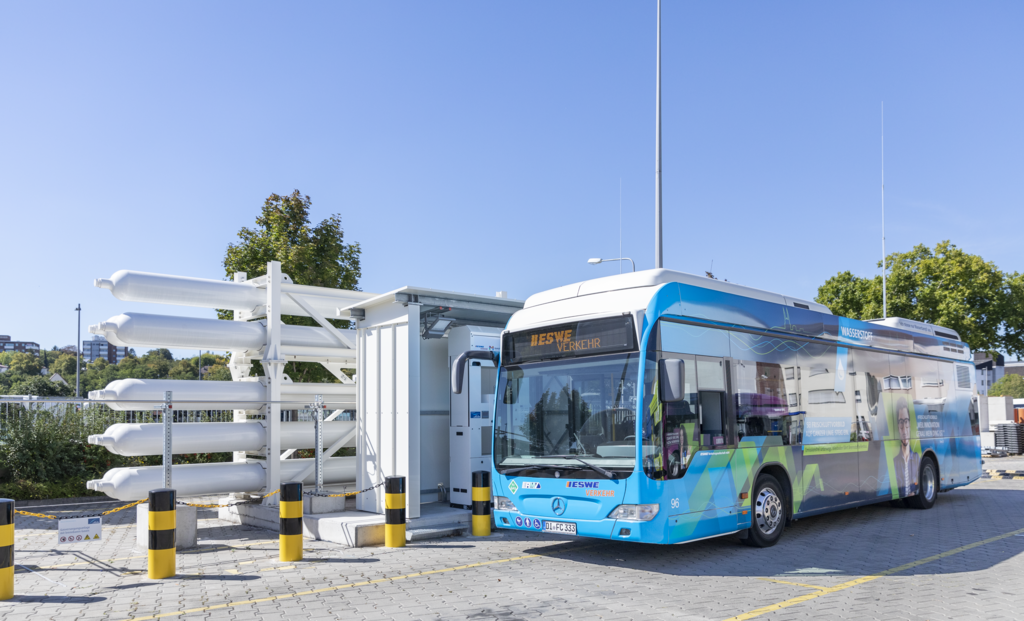 A hydrogen-powered bus refueling on its route

Hydrogen opens up great opportunities, not only for buses and trains, but also for commercial public works vehicles. Just like buses, municipal waste vehicles, road sweepers and other specialist vehicles follow scheduled routes and are usually served by a central supply station. All of these factors make it easier to set up municipal hydrogen infrastructures.

But hydrogen’s potential for decarbonization is not limited to land – it is set to play a key role in decarbonizing aviation on the ground, through airport transport and logistics (forklifts, buses, trucks) powered by green H2, and in the air, through LH2 for short-and-medium-range flights and SAF (Sustainable Aviation Fuels) for long-haul flights and more immediate use. Linde, Sasol, ENERTRAG and Navitas – the LENS Consortium – are working on a concept for the production of sustainable aviation fuel (SAF) under the H2Global platform from the German Federal Government.

Hydrogen will also play a role in reducing emissions in shipping, both on water (ferries and large ships) and on land (port logistics). Learn more about the world’s first hydrogen-powered ferry.

Linde provides a turnkey solution to our mobility customers: from design, to construction and operation, including cutting-edge technologies to produce, store and dispense hydrogen. We are the world’s largest manufacturer of hydrogen production plants and a leading provider of equipment for hydrogen refueling stations.

Explore our tech at the heart of H2 refueling stations 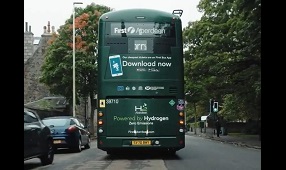